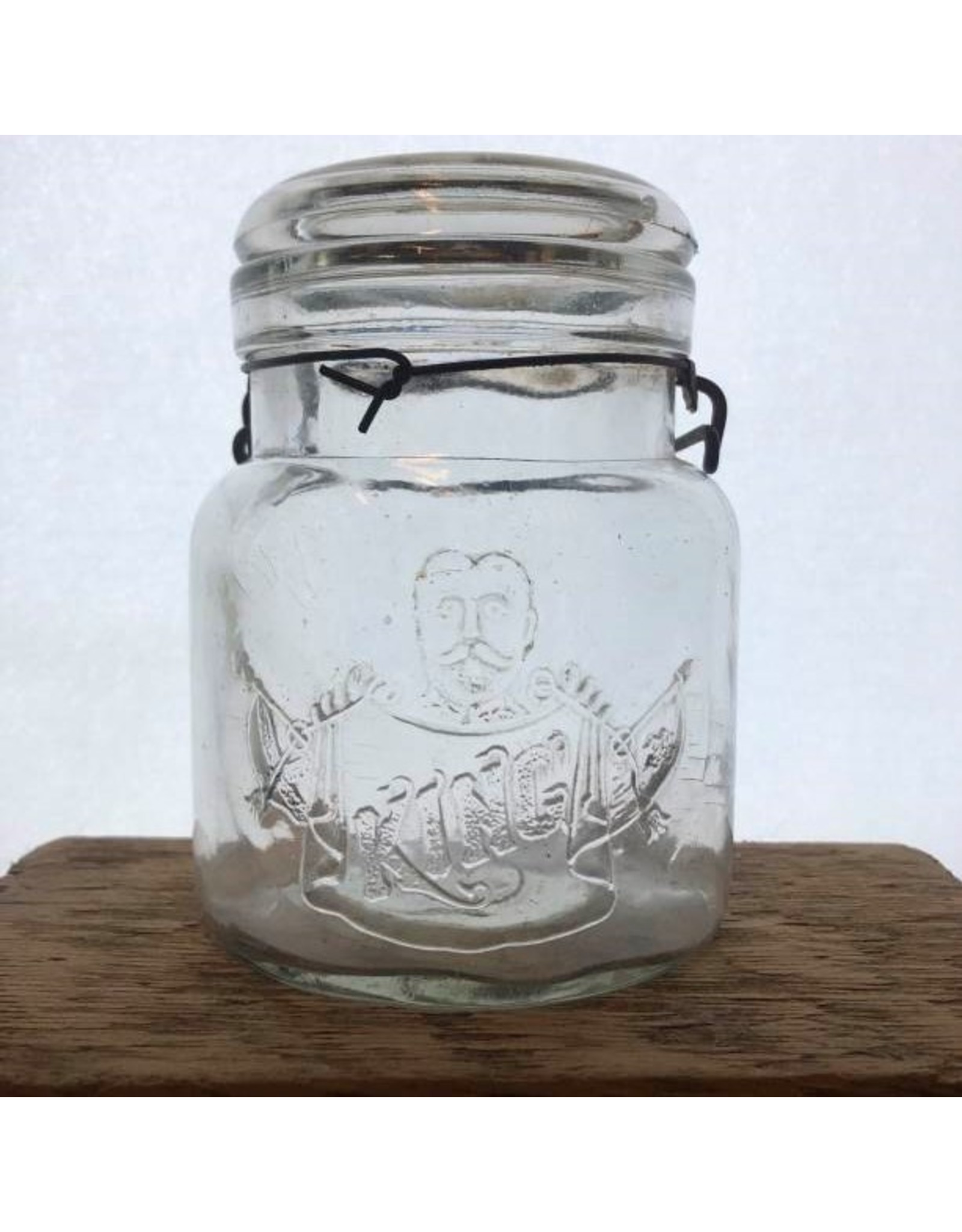 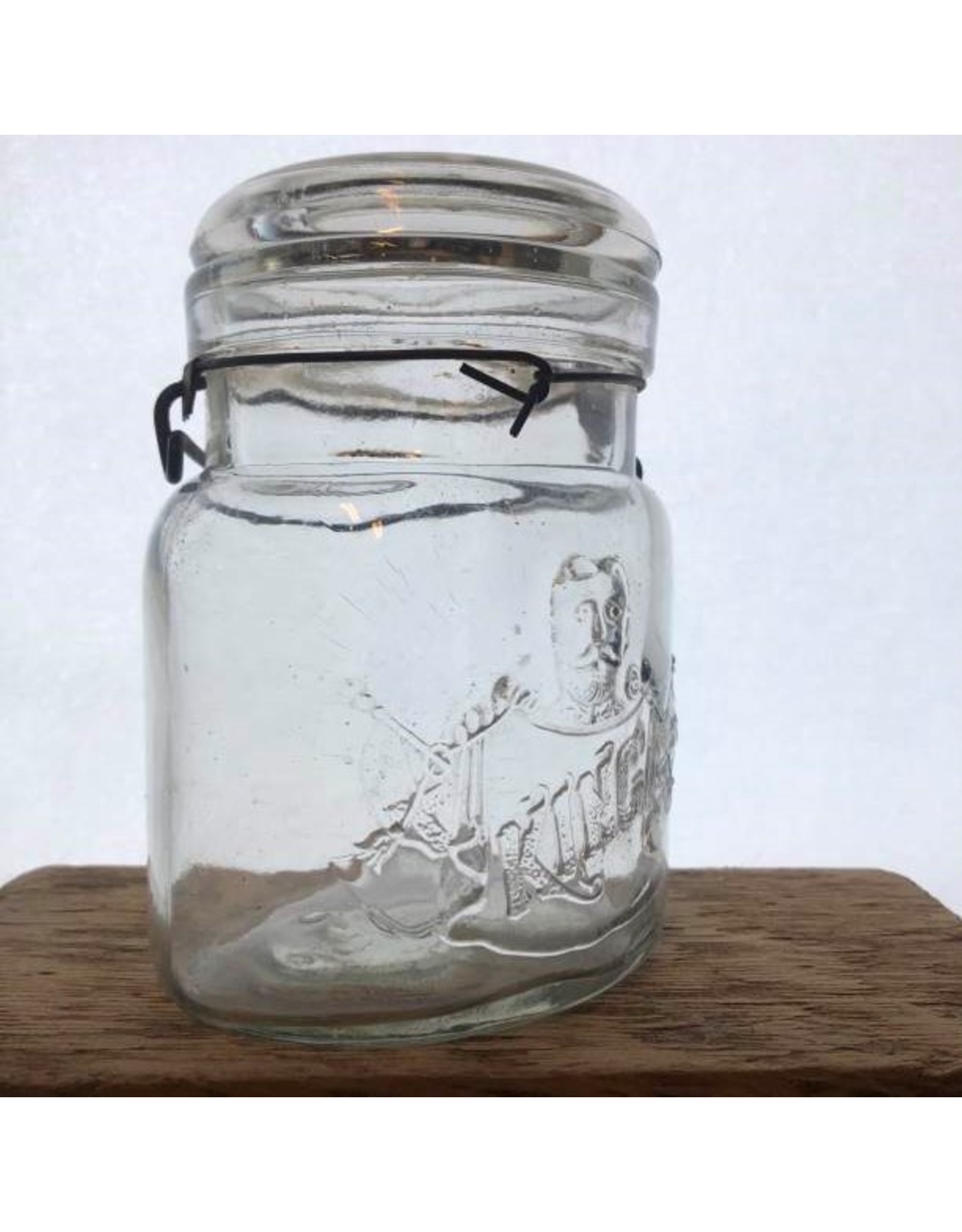 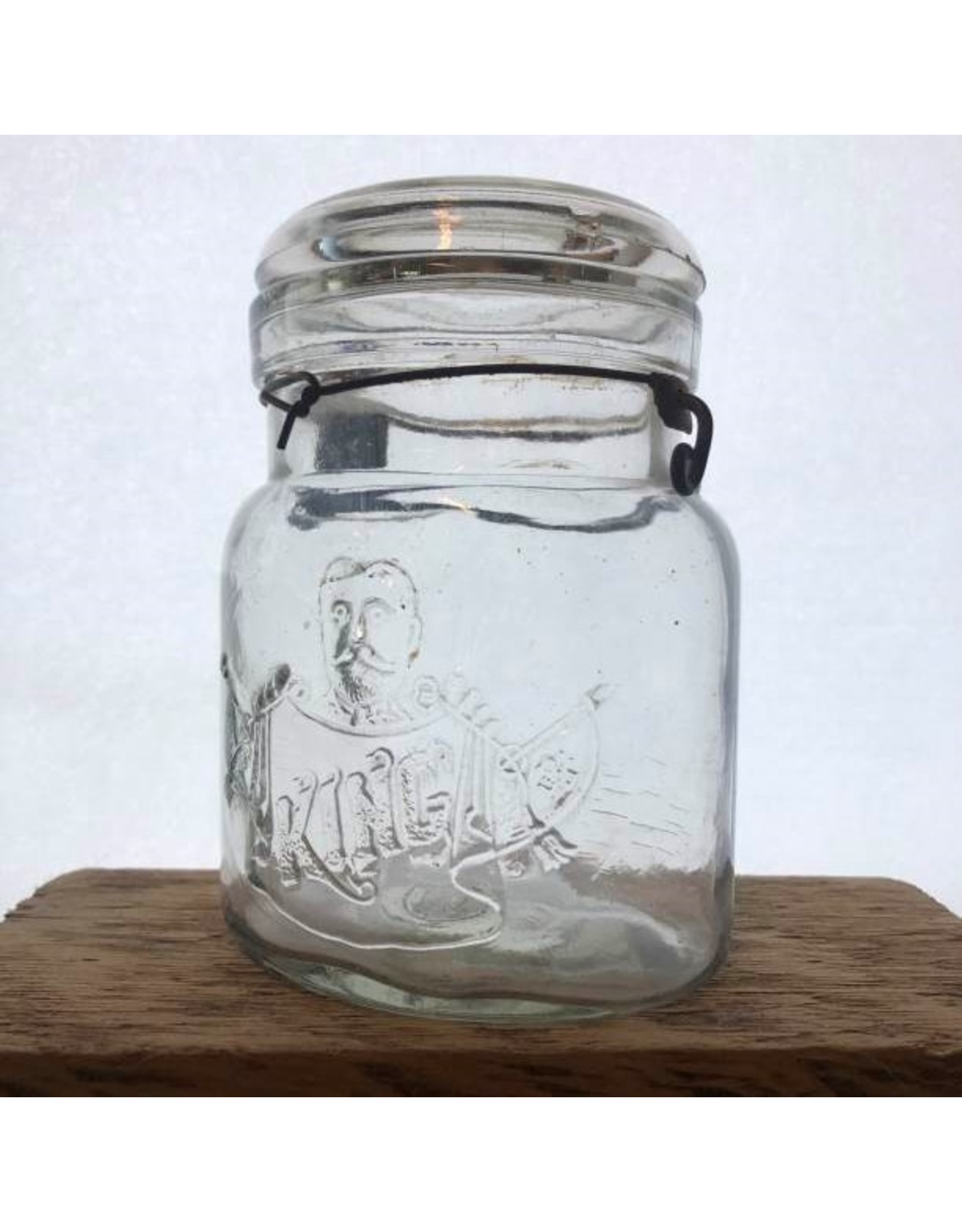 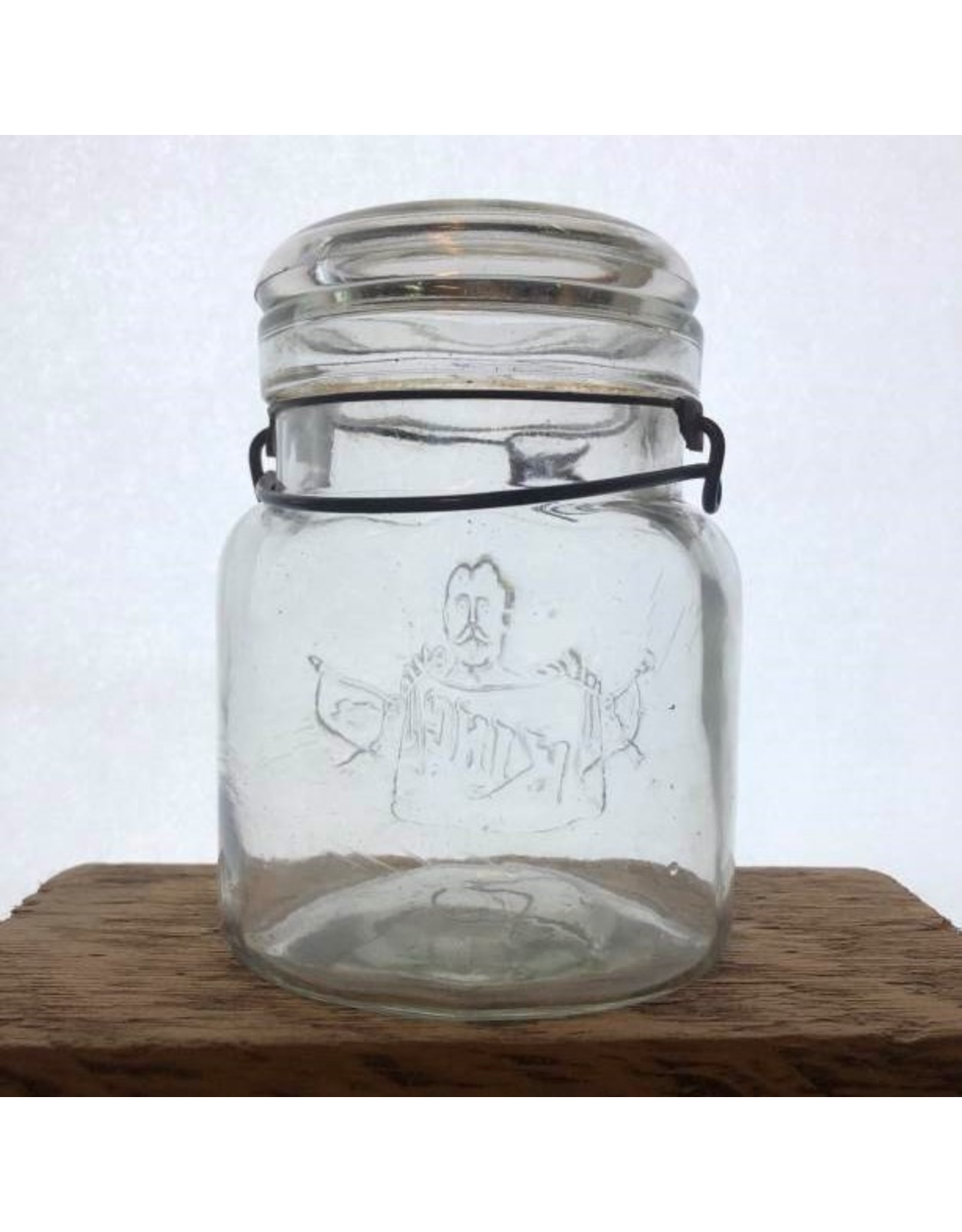 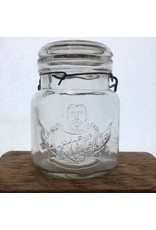 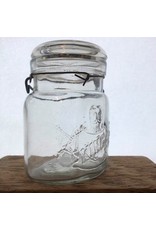 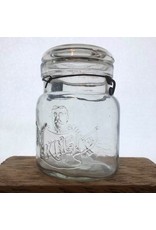 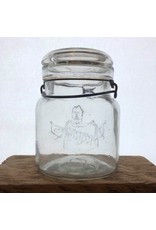 This King brand mason jar is quite uncommon and is probably early 20th century. Oval in shape and made of clear glass with beautiful bubbles. Part of the wire bail closure is missing but that could be added on if wanted.

Depicts a man with a large moustache (looks rather like George V who took the throne in 1910) holding a banner that reads "King".